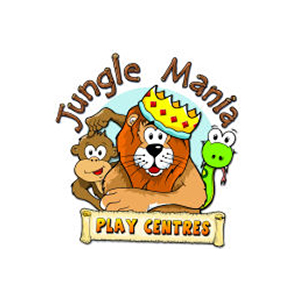 Jungle Mania, in Sheffield, is a modern child play facility, built to modern building standards it is a well-insulated and sealed building. As a direct consequence of this, it is a very low-cost building to keep warm during winter months but temperatures can rise to an uncomfortable level during the summer months.

The facility contains a busy play centre, in addition to the activity equipment and playroom, the facility houses a restaurant which includes associated catering and cooking equipment. 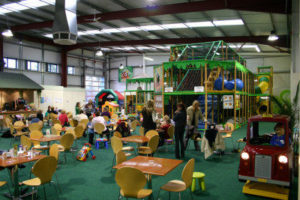 A cooling solution for the summer months was to install a single EcoCooler mounted on the roof. This provides a constant flow of cooled air to the main building where comfort levels are improved by:

As a general rule, temperatures of roughly 25C are considered as comfortable for indoors, in the UK the maximum temperature of the air coming from an evaporative cooler is 22C.

The EcoCoolers are installed as part of a balanced ventilation scheme. Air enters the building through the EcoCooler and is exhausted using a powered extract fan.

EcoCoolers are most effective when paired with an extraction fan as this allows the hot air to exit the building and provides a stable flow of cool air entering the building.

Modern building regulations stipulate a relatively high minimum ventilation rate dependent upon the occupancy levels. In many cases, the implications of this are that a mechanical ventilation system has to be installed in addition to a refrigeration based cooling system.

An EcoCooling installation fulfills both of these requirements at a fraction of the installation and running costs. Evaporative cooling is a simple, safe and natural alternative to refrigeration which can result in up to 90% reduction in operational cooling costs.

The environmental benefits of EcoCooling are: