AE Aerospace Ltd is a world-class supplier of precision machine components, serving a market that demands high quality and fast reaction times. Established in 1996, the company has a wealth of knowledge and is equipped to handle a wide range of projects.

Over the years, AE Aerospace has manufactured precision components for some of the biggest names in the aerospace and engineering industries. The company is a significant player in the market, working on both civil and military projects.

The components manufacturer had been growing exponentially, with a sevenfold increase in sales over the last 5 years. This growth meant that AE Aerospace needed larger premises so it could increase its capacity to meet the growing global demand.

AE Aerospace had found a new 16,500 sq. ft factory, which was four times the capacity of its previous premises. The new site would enable the manufacturer to meet the demand, however, it didn’t have the right ventilation and cooling systems in place to cope with the heat that would be produced during the production process.

The component manufacturer was, therefore, seeking a solution for managing the temperature of its new factory so conditions would be comfortable for both workers and visitors to the site.

AE Aerospace had previously worked with Celsius Design, an approved EcoCooling installer, in its existing factory, where two EcoCooling units had been used to successfully cool the factory floor.

Following a review of the new factory by the installer, two additional coolers were ordered to provide the additional cooling required for the larger facility.

The existing units were decommissioned, removed and reinstalled alongside the new EcoCoolers at the new site. All work was undertaken during normal working hours without any interruption to AE Aerospace’s advanced machining operations. 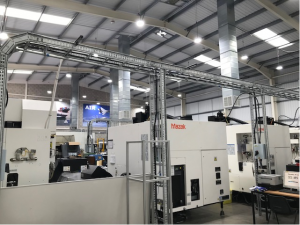 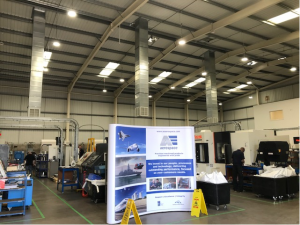 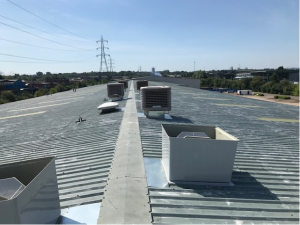 With the new site bringing many changes, it was important to AE Aerospace to have a cooling system in place that is trusted and knew was cost effective to run.

When the factory opened in the summer of 2019, employees continued to have comfortable, cool conditions in which to work and management were pleased to have been able to re-use the existing coolers in line with their sustainability commitments. A win-win situation for everyone.

Download your copy of the AE Aerospace case study here.