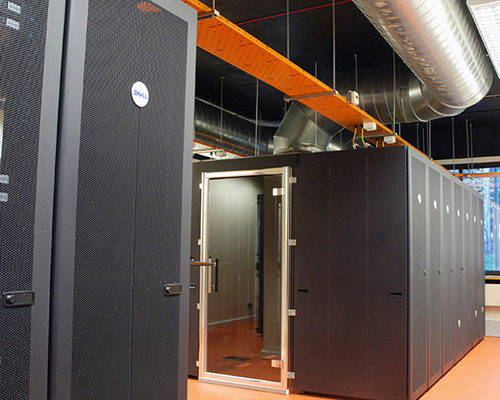 Netwise Hosting is an innovative and forward thinking company, and one of London’s leading data centres.  Based in central London, their facilities and systems have been designed and built in-house, allowing for strong working relationships with all the technology suppliers, not least EcoCooling. Netwise have just completed their second EcoCooling Data Centre evaporative cooling installation within their estate, this case study documents these first 2 phases and possible future plans.

Phase 1: Netwise began their journey in South London, with a much smaller facility, and as such, standard cooling systems were not an option, EcoCooling’s smaller external modular units (ECP EcoCooling WetBox units – See data centre cooling applications page) alongside efficient EC fans were an ideal alternative. EcoCooling units were chosen for the initial installation as they are generally cheaper to install than their refrigerant counterparts and Netwise could perform a majority of the installation works themselves. EcoCooling’s CREC control systems also allow for exact supervision of temperatures and built-in safety measures.

Phase 2: In June 2015 Netwise moved to Central London and opened a bigger facility. The evaporative cooling system at the first Netwise facility was a successful partnership, with the units working as expected and without fault. Three of the wet boxes were able to be moved across to the new site, with only a few minor modifications being made at the EcoCooling workshop (top to side discharge airflow). In London, power is already a struggle, so choosing a more environmentally friendly cooling system is also a cost-cutting step, and has a knock-on effect for customers. EcoCooling direct evaporative cooling units alongside their energy optimising control systems can provide 100kW of data centre evaporative cooling for Netwise and is able to significantly reduce their customers CO2 production, while keeping the levels of energy used much lower than that of other data centres, which have been seen to be running at PUEs of up to 2 with refrigeration kit.

The data centre evaporative cooling system works terrifically well for our new London Central data centre. It’s cost effective, very easy to install, and now functions excellently not only as an incredibly effective cooling system, but also as a real-world exercise in the dramatic reduction of operational costs.

Using a cooling system that uses fresh air, ventilation, and attemperation rather than refrigeration has both financial and environmental consequences. Evaporative cooling is a very energy efficient way of cooling, and the new project allowed Netwise to push the design of the system further, stacking multiple units together resulting in an operating capacity PUE of just 1.12. From an end user perspective, the EcoCooling system is easy to use, as each custom cooling stack has its own controller, and the entire cooling system can be managed via a single control unit, or remotely over the internet.

As well as being simple to use, and reliable, the performance to cost ratio with EcoCooling is almost unparalleled, making it perfect for new ventures. Given that the new facility contains 200 operational racks after full fit-out, it was important that operational costs were kept low. Using an upscaled version of the South London system, Netwise was able to increase the resilience and cooling output, whilst keeping the on-going costs down. In this way, there can be a 90-95% saving with EcoCooling systems versus the same output achieved if standard refrigerant-based products were used. The partnership with EcoCooling has simply added another positive attribute to Netwise, making it one of the greenest companies in Europe and giving it further authority as an efficient data centre.

They are able to reduce the carbon footprint of their clients and cut down on financial costs in terms of energy used. The modular design that was employed to build the new facility works with the EcoCooling systems, as Netwise aim to install additional cooling stacks as and when the facility grows. For the second data hall, and for any future data centres that Netwise build, the new ECT18000 internal unit may be considered as an alternative to the Small External WetBox due to their compact design and simple installation requirements.

Phase 3: The long term plan for Netwise is to build a host of private, bespoke data centres around the UK which will be highly interconnected offering a truly global hosting platform, and EcoCooling systems are anticipated to be an integral feature throughout this vision. 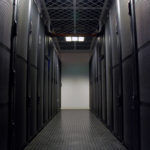 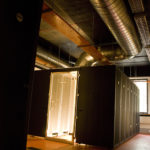 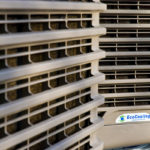 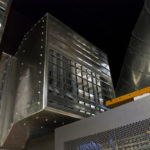 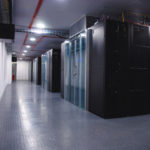